Skip to main content
To provide you with the best experience, Amelia Island Williams House uses its own and third-party cookies on its website for technical, analytical and marketing purposes. By continuing to browse our site, you're agreeing to our use of cookies. Please consult our Cookie Notice for more information.

Our bed and breakfast is steeped in Amelia Island, Florida history with the three historic homes, Williams House (c. 1856), Hearthstone House and the Carriage House which today comprise the inn. 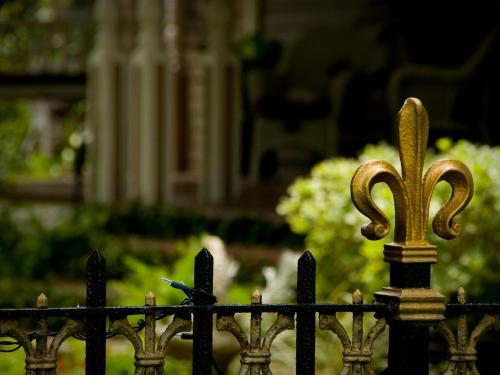 The Williams House is one of the oldest and most historic homes in the town of Fernandina Beach and has been named a Florida Heritage Landmark Site. Though built in 1856 by a wealthy Boston banker, it was purchased by Marcellus A. Williams in 1858 and it is for him that the house is named. Williams, a highly successful man was born in North Carolina in 1818. He married Emma Wightman and they had nine children.

The Williams House is guarded by its original iron fence, one of the few left standing after the Civil War. The fleur-de-lis detail reflects the French influence in the islands early history.  The beautiful gingerbread design on the veranda was designed by R.S. Schuyler, a famous New York architect. He signed an agreement stating that he would not duplicate the striking design and it remains unique to this date.

Williams worked for the surveying firm of Lawrence Washington, a nephew of George Washington. The firm was deputized to survey Spanish land grants in the state of Florida. One of his assignments was David Yulees railroad from Amelia Island to Cedar Key. Williams was one of the first to befriend the Seminole Indian Nation. Once his surveying days were over he partnered with Samuel Swann to locate and sell land for the state.  In 1865, President Andrew Johnson appointed him Registrar of the Public Lands for the state of Florida. At the time of his death in 1888 Williams owned almost 400,000 acres in Florida. The Williams family occupied this home for over 100 years.

During the time that the Island flew under the flag of the Confederacy, Jefferson Davis, a friend of Williams, was a guest in the house on many occasions. It is said that Davis stored some of his furniture and personal affects in the home. During the war the family moved to Waldo, Florida for their safety. When Union troops occupied Fernandina, they used the Williams House as headquarters and the Hearthstone as an infirmary.  Upon his return to the island, Williams, who had released his slaves, became active in the Underground Railroad, offering a safe house for slaves. A secret room exists near the dining room that was used to hide them until safe to travel. 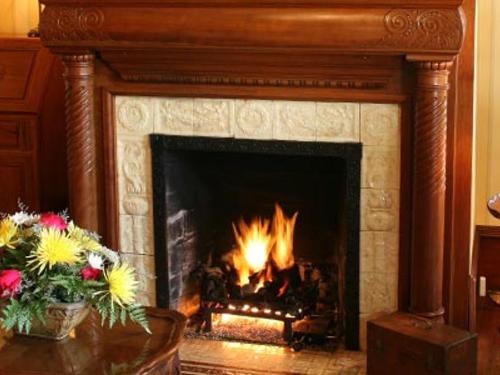 The Amelia Island Williams House has operated as a Bed & Breakfast since 1994 and has eleven elegant guest rooms. We serve gourmet breakfasts, a sunset wine social and provide a relaxing environment amid beautiful gardens, ancient oaks and magnolias.

Our Williams House Inn has something to offer those couples seeking romantic Amelia Island getaways, pampering and rejuvenation, or respite from the distractions of everyday life amid our live oaks dripping with Spanish moss and wide verandas with porch swing. Rejuvenate yourself or your relationship at the Williams House bed and breakfast inn!

Take a deep breath of history exploring by foot, bicycle, horse drawn carriage or trolley, all the treasures of the island. Soak up the sun on our wide sandy beaches.

Our award winning Amelia Island bed and breakfast offers eleven distinctive guest rooms, ten with private baths, in the Inn, Hearthstone House and Carriage House, each celebrating the rich history of Amelia Island.  We serve a two course gourmet breakfast each morning that will satisfy any taste.

Destination Weddings at our elegant Amelia Island bed and breakfast inn are a memory in the making. Exquisite island destination weddings dont just happen, they are created! We are committed to helping you make your day, the intimate wedding of your dreams. Your Williams House wedding celebration is complete when you and your guests stay in our beautiful spacious guest rooms, sharing past times while creating new memories for a lifetime.
Previous
Next